DELPHINE PASTOR & Laurent Reiss Wedding The sporting club, Monaco EVENT At the Monaco sporting club Amielshow also played for the wedding of Delphine Pastor. She saw us performing in a private event and asked Mr Omar Cherif, a great organizer of jet set evenings to hire us. It was a real success! 35 artists […] 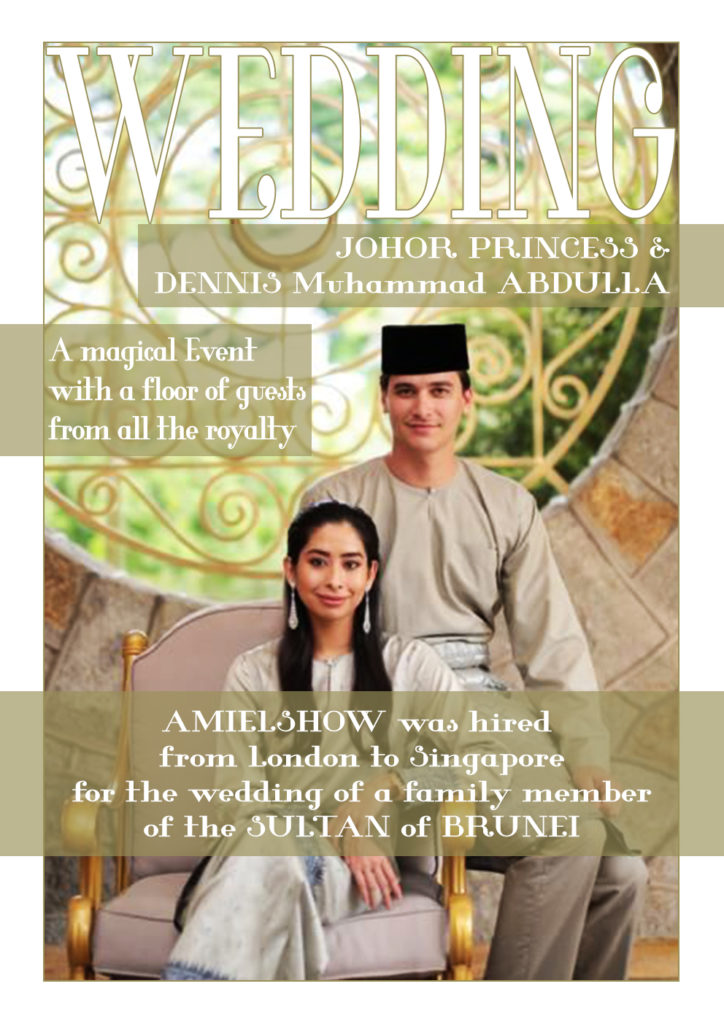 JOHOR PRINCESS & DENNIS MUHAMMAD ADULLAH Wedding EVENT In Singapore in August 2017 a major event agency named Gordon Pool from London hired Amielshow for the wedding of a family member of the Sultan of Brunei, the Johor princess Tunku Tun Aminah. This event at the Istana Besar (Grand Palace of Johor Bahru) was magical […] 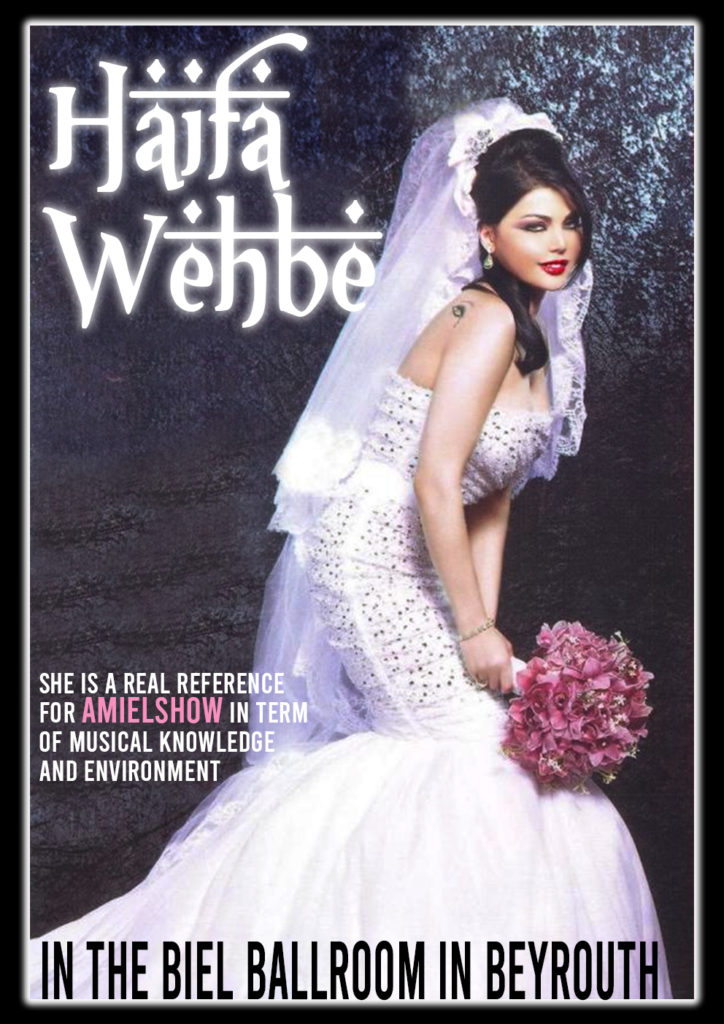 HAIFA WEHBE Wedding The biel Ballroom, Beyrouth, Lebanon EVENT The great singer of the Arab world Haifa Wehbe also hired us for her wedding in the Biel Ballroom in Beyrouth, Lebanon. She is a real reference in relation to her musical knowledge and the environment in which she performs. We had the chance to meet […] 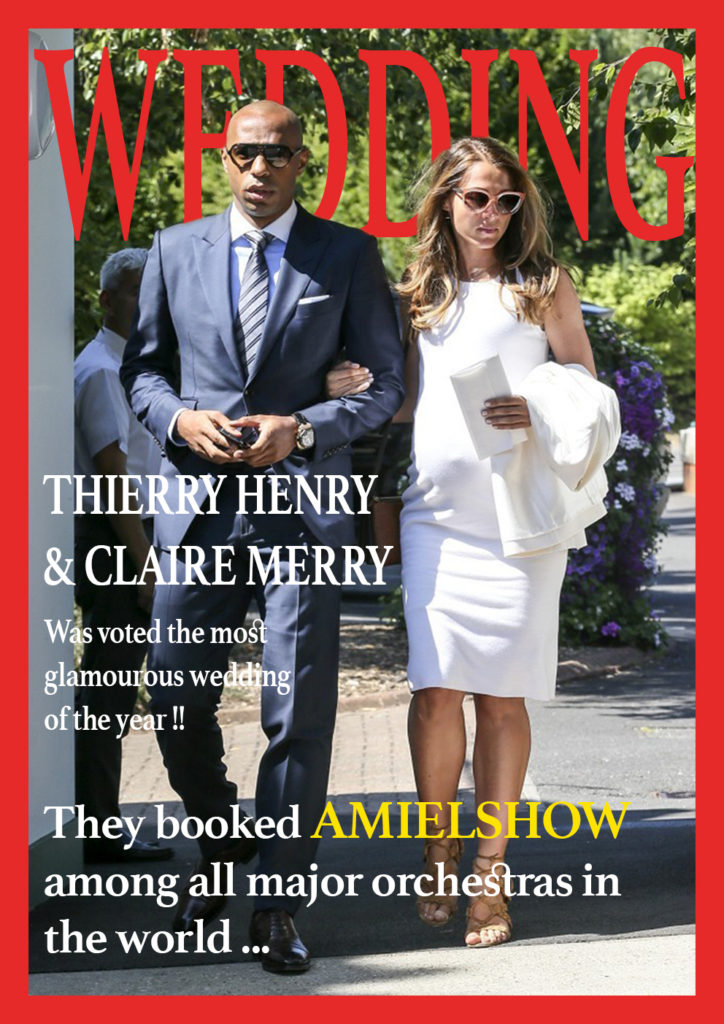 THIERRY HENRY & Claire Merry Wedding @ Rotton Park, London EVENT Thierry Henry, Foot Baller of the Manchester team, also called on us through the great wedding planner Banana split who organize only high-level events. His wedding was voted the most glamorous wedding of the year, far from the spotlights but in the heart of […] 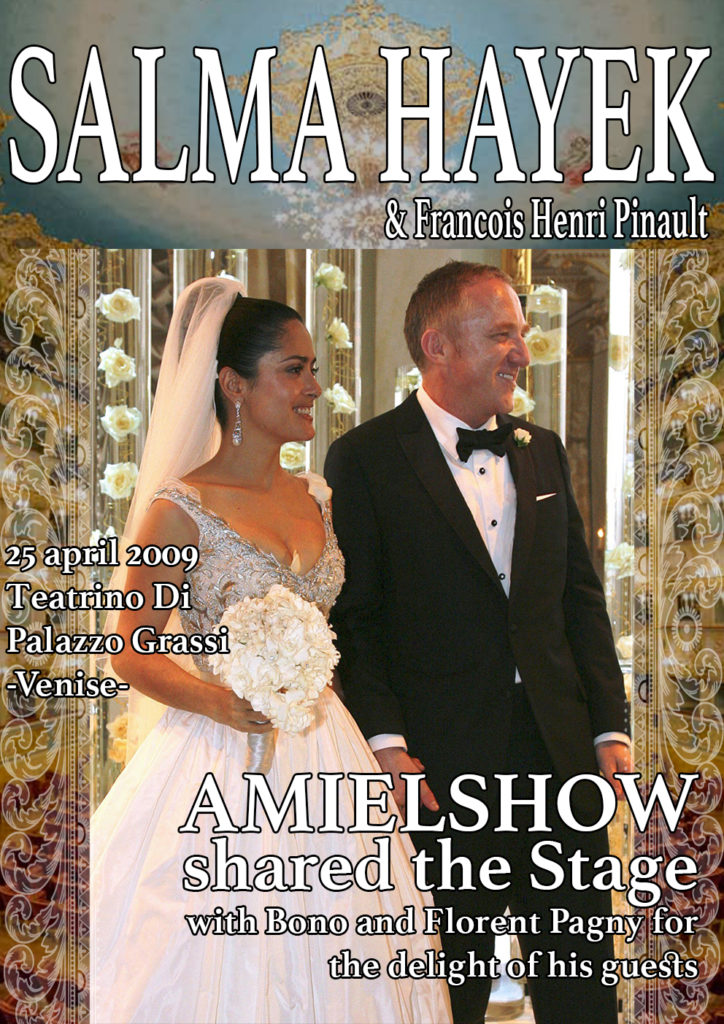 SALMA HAYEK & François Henri Pinault Wedding @ Opera La Fenice, Venise EVENT Salma Hayeck and her husband Francois Henri Pinault also selected us to celebrate their wedding at the opera of Venise, “La fenice”, on the 25th April 2009.  We had the joy and the honor of playing with Mr Bono who congratulated us […] 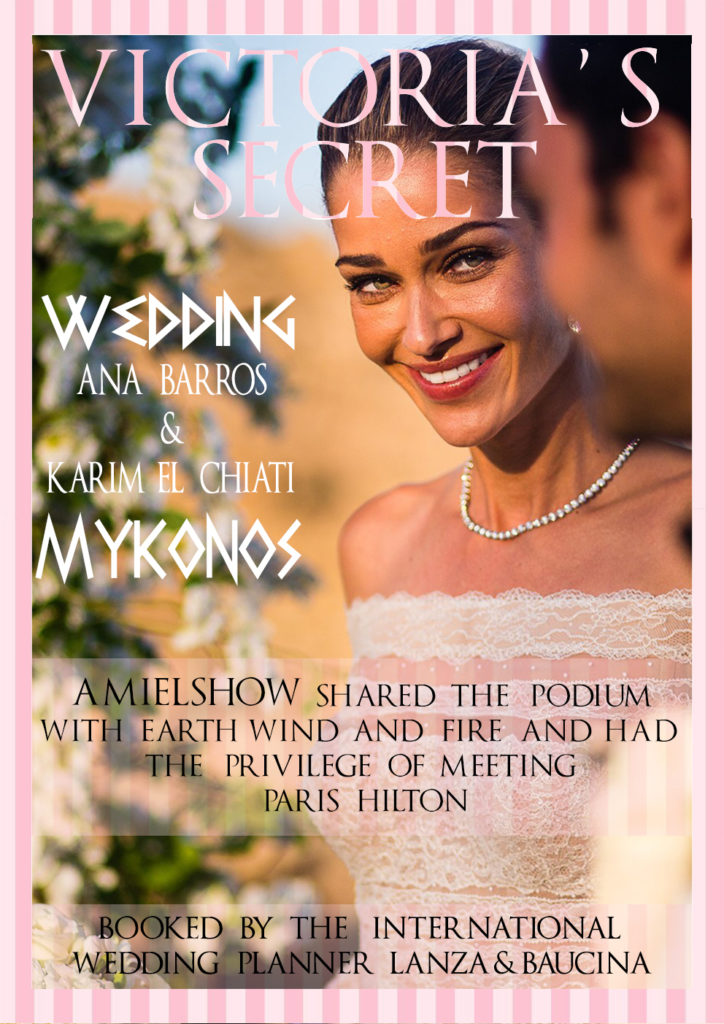 ANA BARROS & Karim El Chiaty Wedding EVENT On the Island of Mykonos we also performed for the wedding of the muse model of Victoria Secret’s Mrs. Ana Barros and the Egyptian businessman Mr. Karim El Chiati. The International wedding planner Lanza and Baucina trusted us and our musical performances, once again it was a […] 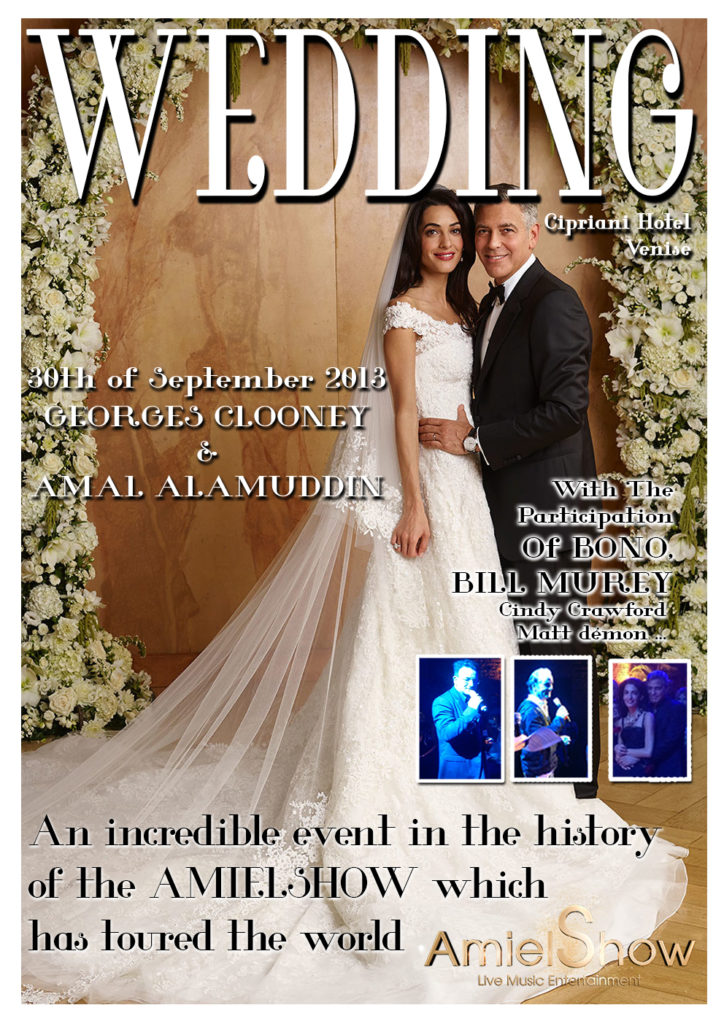 GEORGES CLOONEY & Amal Alamuddin WEDDING, VENICE, ITALY EVENT Amal Alamuddin, the wife of Georges Clooney, saw us performing for her friend’s wedding in Lebanon many years ago. She was still a young girl at that time and she told us:  “if one day I get married, I will call Amielshow”. But we did not […]

Call our band and ask for a quote
See our offers